Cartiere di Trevi S.p.A was founded in 1960 on the old site of Cartiera Bonaca by Aldo Graziosi heir of a family that had been involved in the paper industry for a century. Aldo restructured the factory, modernizing it for the production of straw paper in reels to take advantage of the flourishing market in cardboard packaging.

The first ten years mark a constant increase in production, reaching up to 800 tons a month, thanks to courageous investment plans and technological research, the 70's represent the turning point for Cartiere di Trevi. With environmental awareness rising and strict regulations coming into play globally, Cartiere di Trevi had to be proactive and transform for the future.

Producing paper and cardboard from straw was generating too much pollution, and in the future hardly sustainable by the territory. For this reason the next decade registers a few initiatives, courageous for those times: moving the discharges from the river Clitunno, a regional treasure and sacred river since ancient times, to river Maroggia, progressively abandoning straw as raw material in favor of recycled paper and installing a purification plant.

Since 1982 the company has exclusively used recycled paper for production, with obvious benefits including: reducing the use of raw material (115 Kg recycled paper per every quintal of finished product); reducing pollution in the water used for production by 65%; lower energy consumption and harmful emissions, perfecting our product, with chemical and physical characteristic; increase in employment and production.

1830Originally it was “La ferriera di Villa Mecenate” an ironworks in Tivoli.

Coming from Velletri, Giovanni Battista and Giovanni Graziosi moved to Tivoli in 1830 to revive the factory with Antonio Carlandi 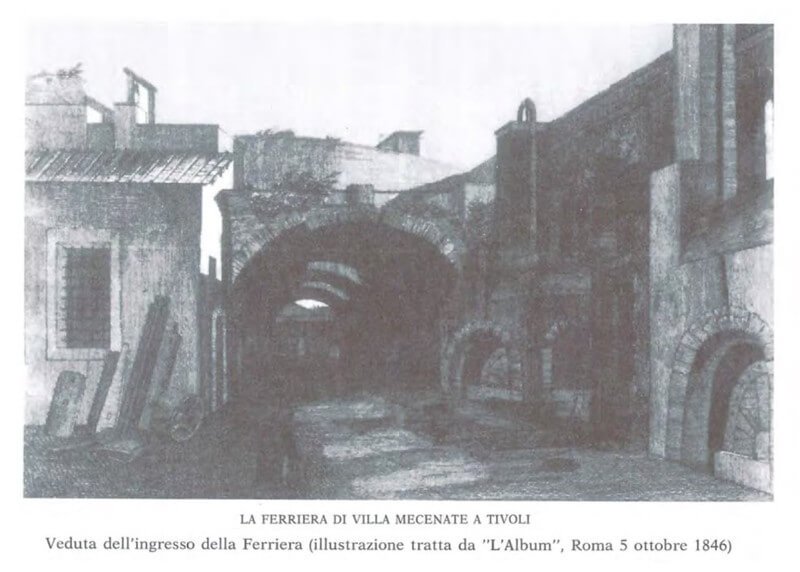 1865Foundation of Cartiera Graziosi in Tivoli. 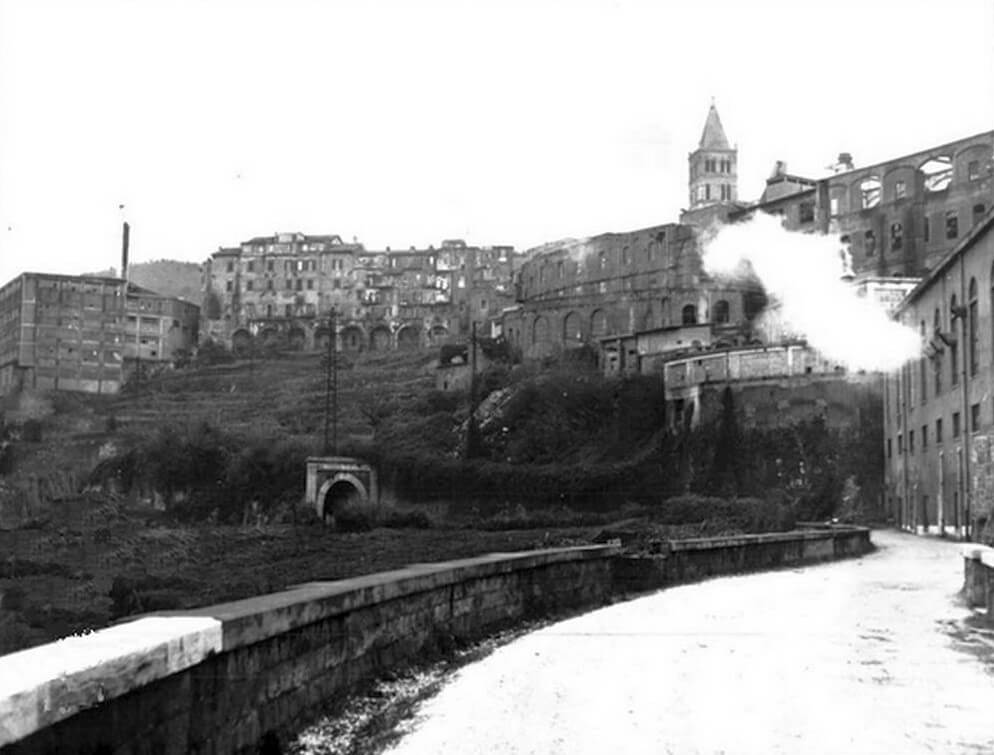 A pioneer in paper recycling, Tito Graziosi used paper as raw material. As reported in the Capital Archives, Mr. Graziosi was given 88 bales of old printed material, thought useless.

1940Federation of the paper industrialists.

The Cartiera di Tivoli for years led by Guido Luigi Graziosi and then his sons Aldo and Franco is sold to found the new Cartiere di Trevi S.p.A.. The factory rises on the site of the old Cartiera Bonaca, inactive since 1955. Restructuring the machinery leads to a modern factory fit for producing straw paper in reels to take advantage of the flourishing market in cardboard packaging. The first ten years mark a constant increase in production, reaching up to 27 tons a day, thanks to courageous investment plans and technological research. 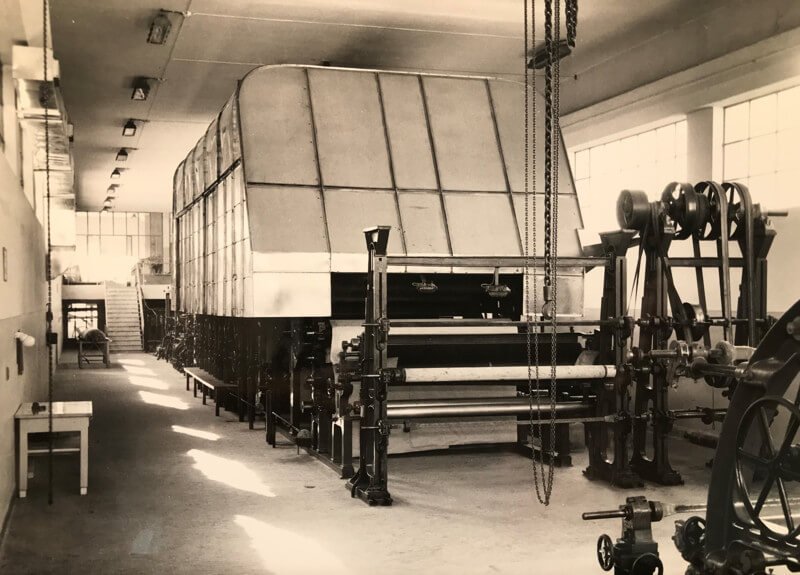 1962Aldo Graziosi is nominated member of the board of directors for Assocarta in occasion for the meeting in Rome on June 14, 1962.

Cartiere di Trevi moved our discharges from the river Clitunno, a regional treasure and sacred river since ancient times, to the nearby river Maroggia through the construction of a anaerobic purification plant. 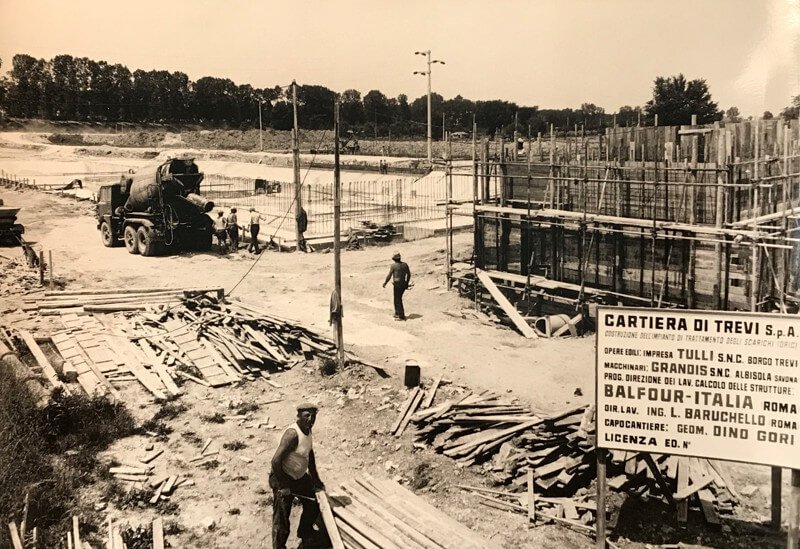 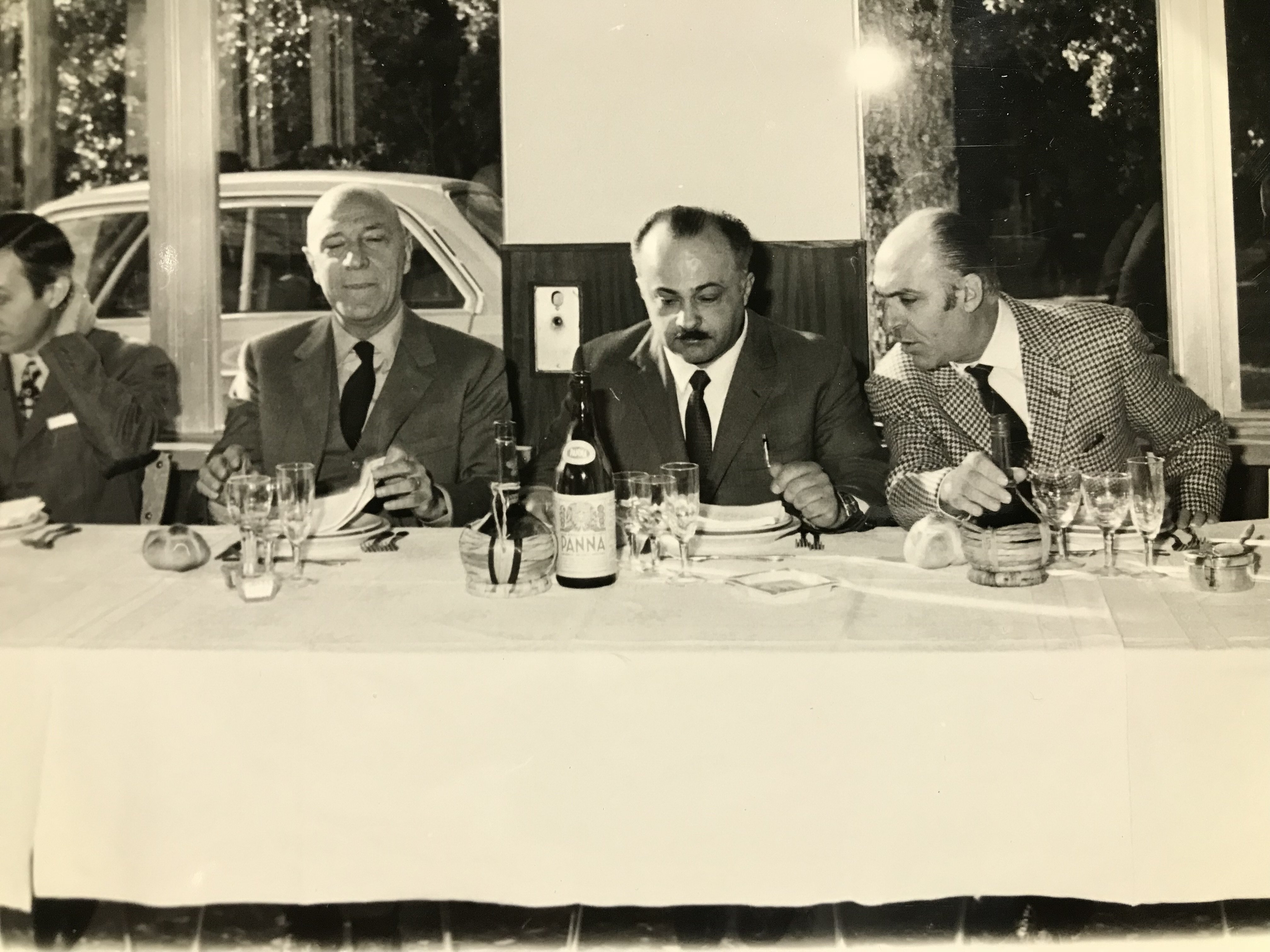 The Graziosi company of Tivoli buys the factory for producing straw paper from Molina & C. The plant will be closed in the ‘80s.

1982From straw paper to recycled paper.

A change in era which dictated our present business model. 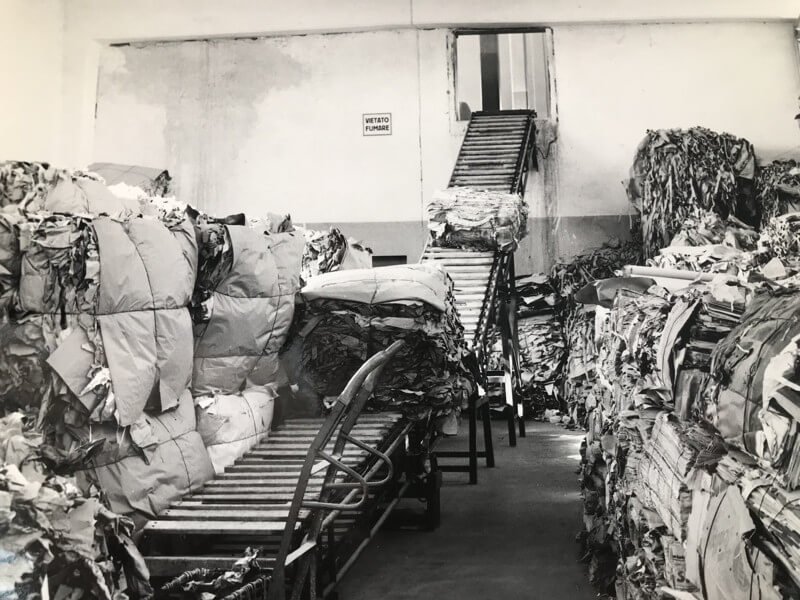 The innovative and extremely long forming machine (flat table) for the sheet formation, was a winning move that to this day gives us versatile production with different weights, from a minimum of 120 gr./mq, up to 550 gr/mq. of heavy cardboard.

The exhaust gases at 520 ° C, are conveyed into an exchanger to produce steam used to dry the paper 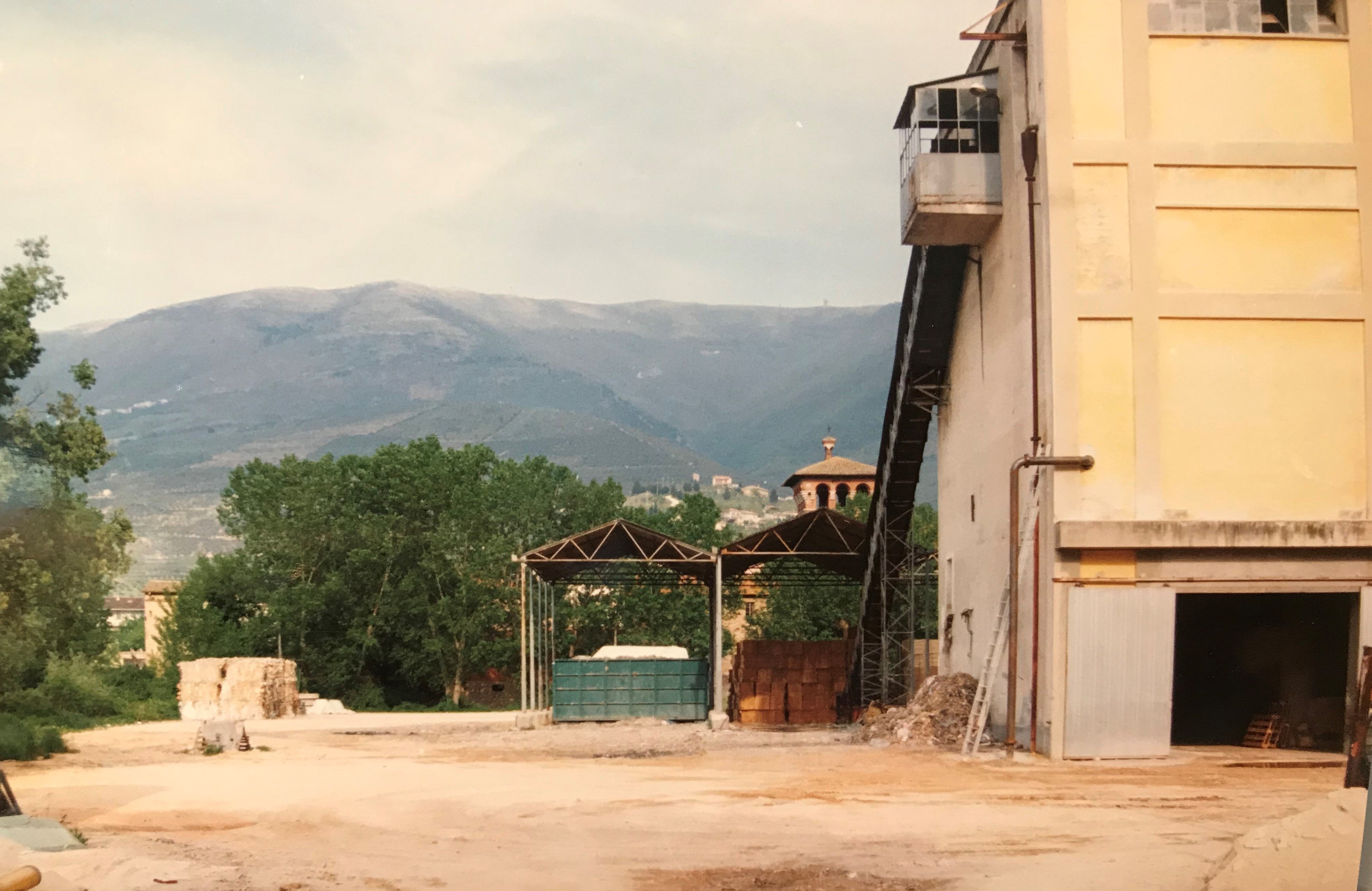 2005Installation of the Jumbo press and consequent production increase

The company, led by da Guido and Maurizio Graziosi celebrates 50 years of activity. 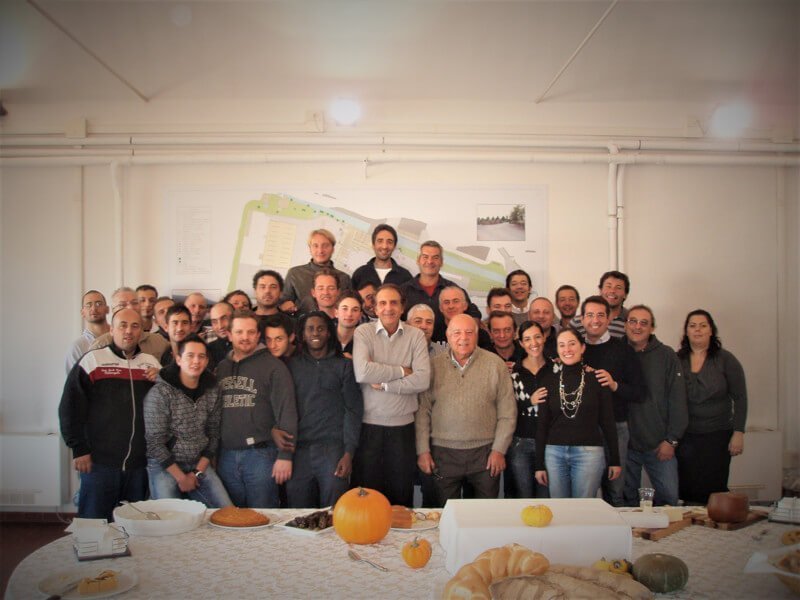 A round table promoted by Cartiere di Trevi on the 50th anniversary to discuss the potential for a sustainable development in the territory in a rich territory, like few in Italy, both from a naturalistic point of view and from a landscape point of view. 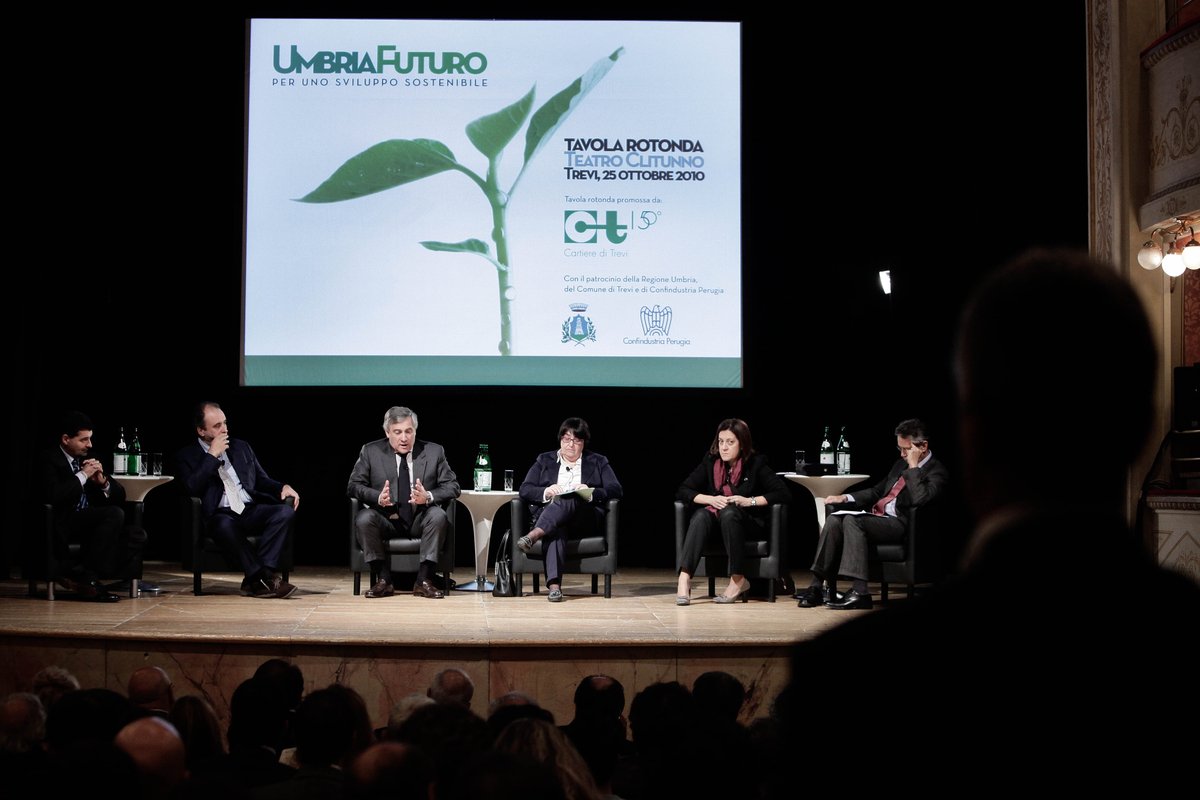 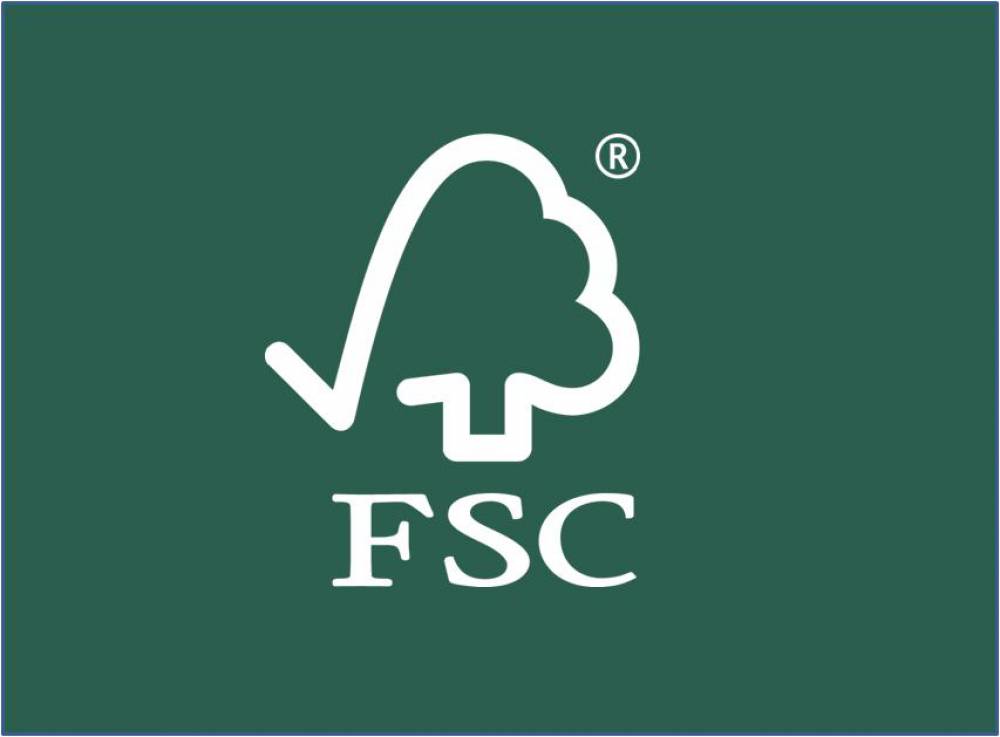 Generational change. The management of the Graziosi family goes on with the fourth generation 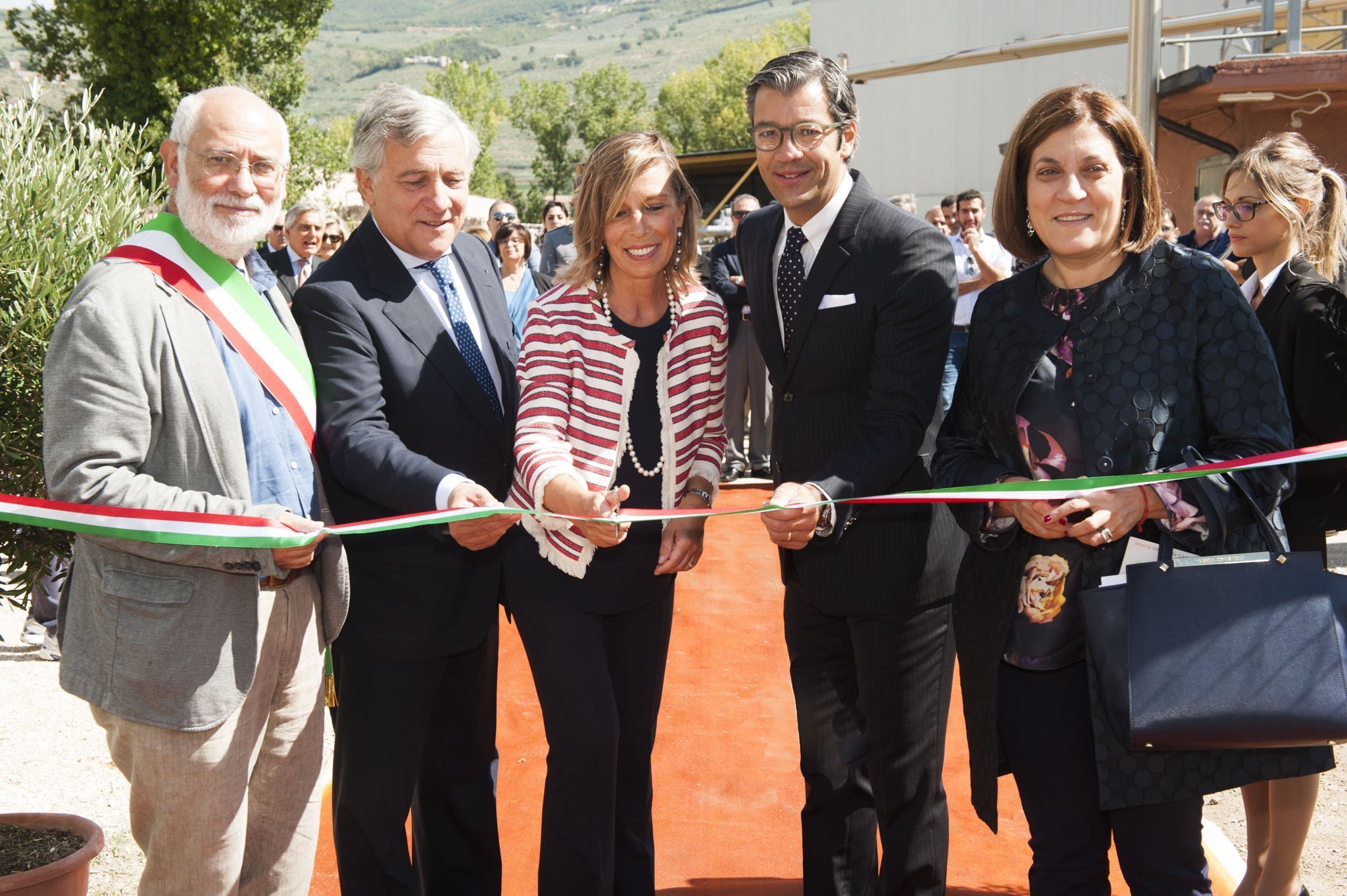 The actors change, but not the traditions. Every year they gather for a sporting event, the CT employees. First Edition of the Cobram Cup, to challenge each other on the ground: Administrative on one side, Production on the other. 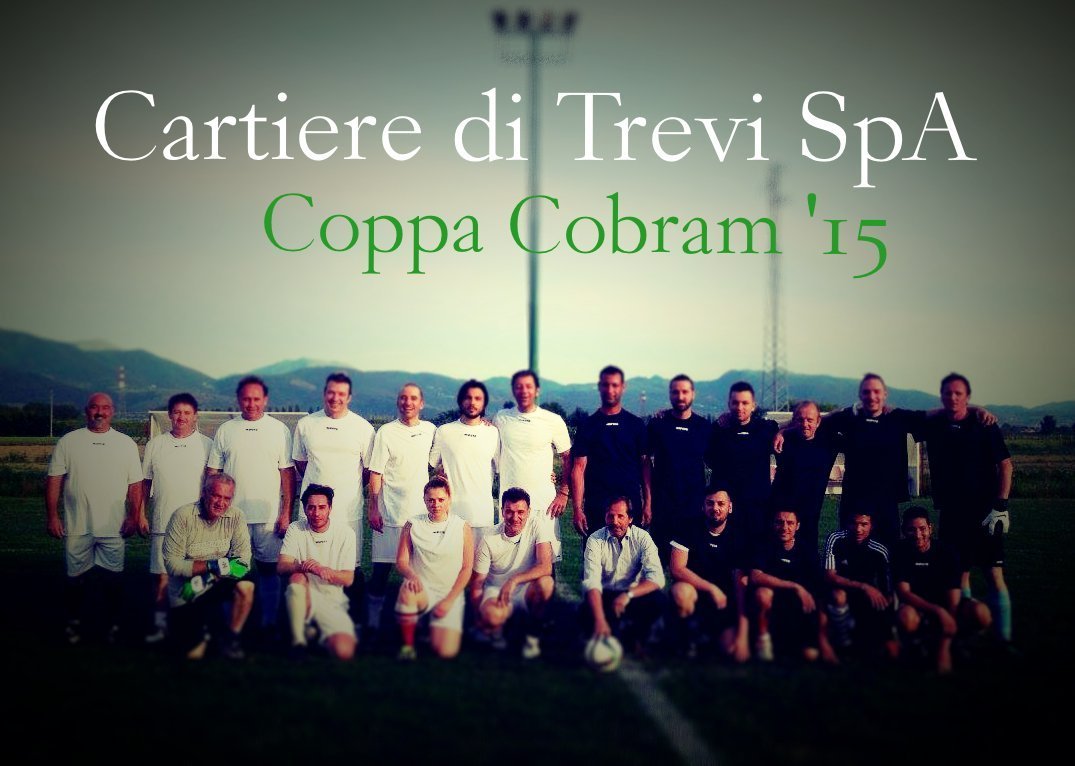 It improves the quality and efficiency of wastewater treatment thanks to the installation of an anaerobic reactor. 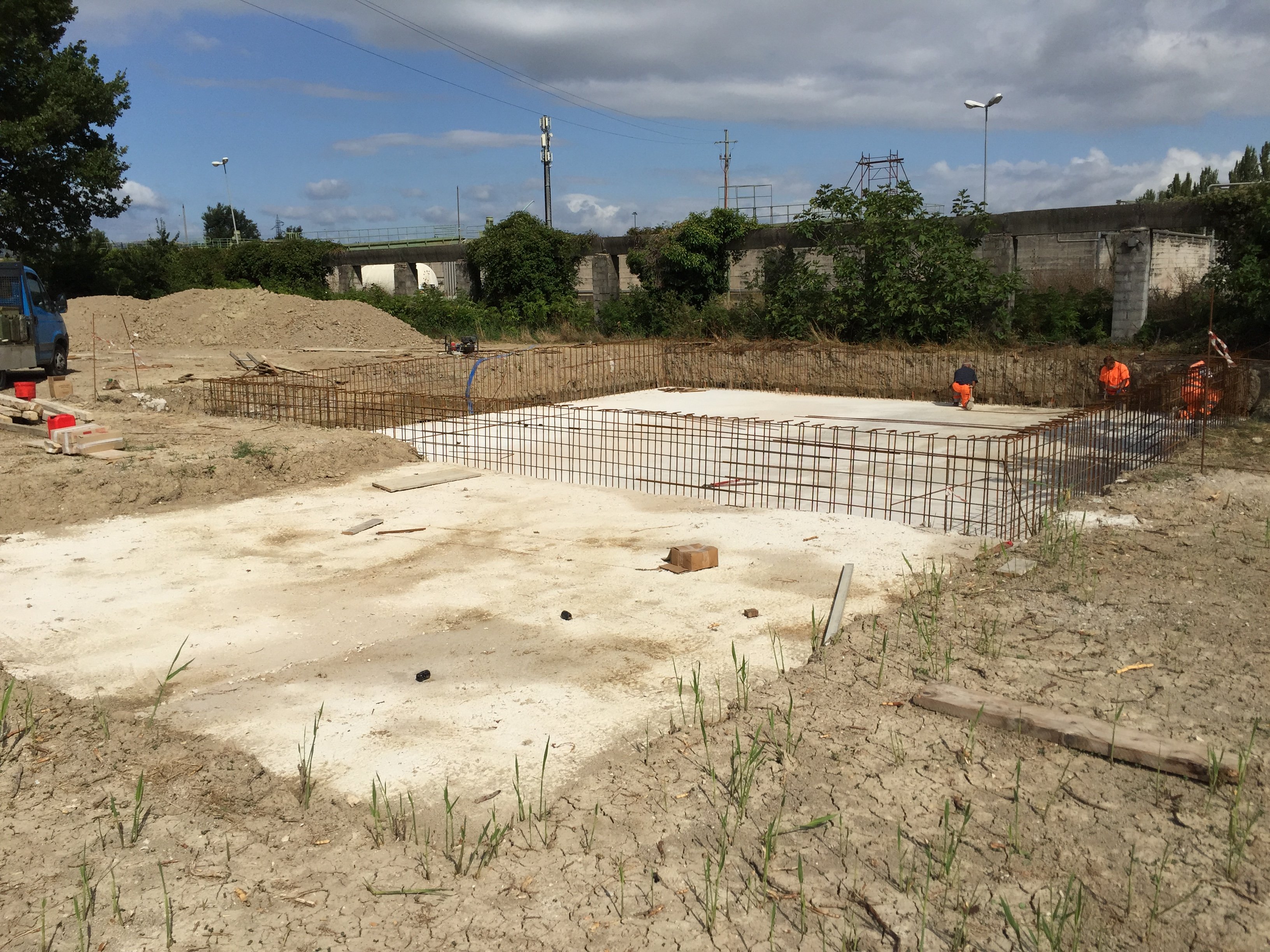 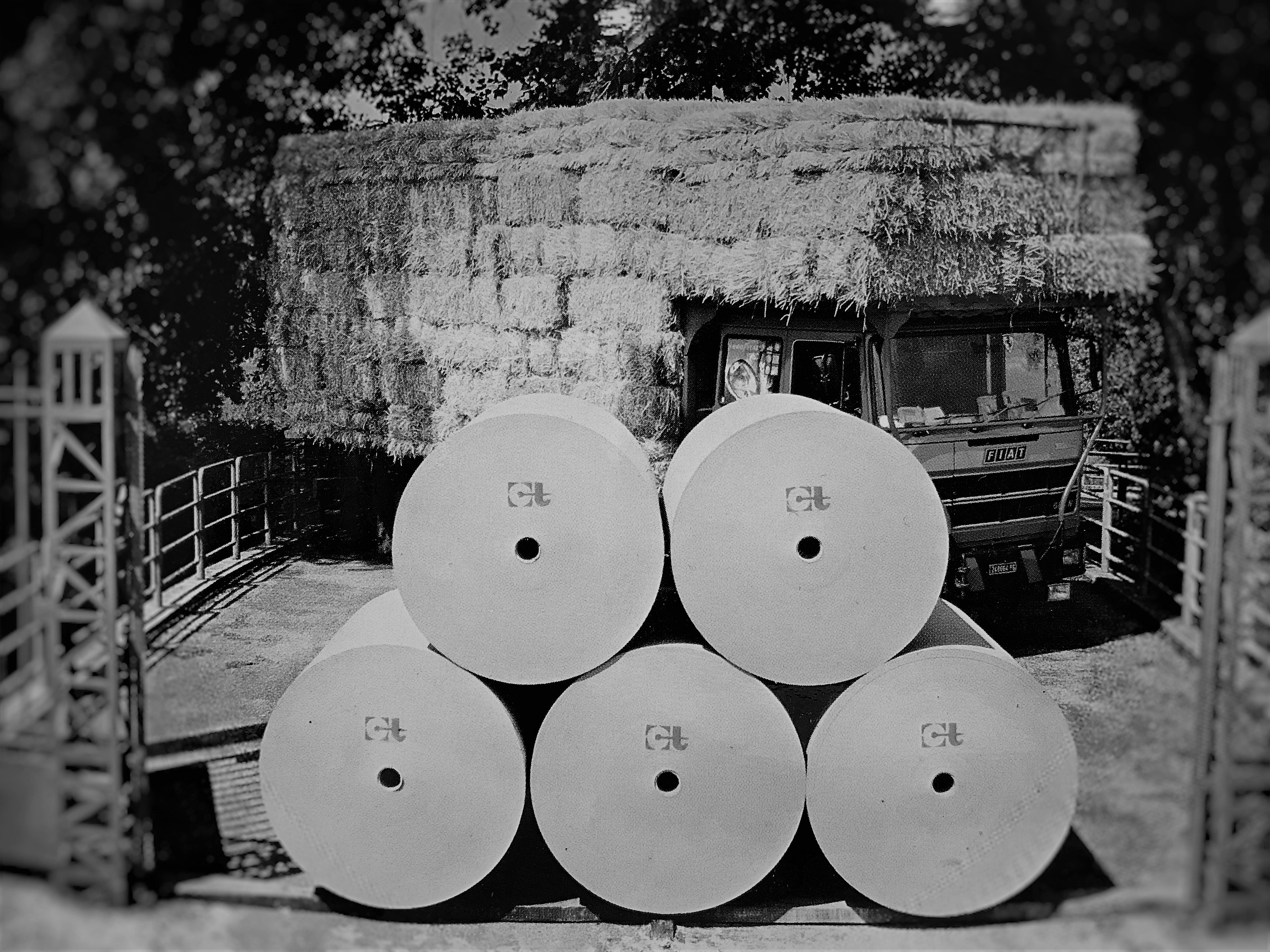 Paper industry web portal as a collection of companies, news and products 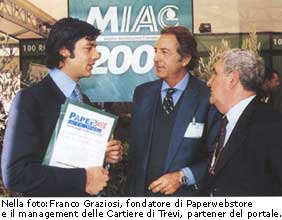 Over 50 years of experience we’ll ensure you always get the best paper.

This website uses cookies to improve your experience while you navigate through the website. Out of these, the cookies that are categorized as necessary are stored on your browser as they are essential for the working of basic functionalities of the website. We also use third-party cookies that help us analyze and understand how you use this website. These cookies will be stored in your browser only with your consent. You also have the option to opt-out of these cookies. But opting out of some of these cookies may affect your browsing experience.
Necessary Always Enabled

Any cookies that may not be particularly necessary for the website to function and is used specifically to collect user personal data via analytics, ads, other embedded contents are termed as non-necessary cookies. It is mandatory to procure user consent prior to running these cookies on your website.